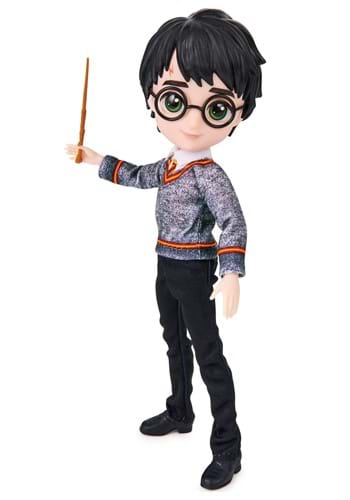 You're a Wizard, Harry!

He defeated Voldemort when he was only a baby. He's now one of the mightiest wizards ever to train at Hogwarts - and He Who Must Not Be Named should be scared, because Harry is ready to stop his reign of terror once and for all. This officially licensed 8-Inch Wizarding World Harry Potter Doll is a great gift for anyone still waiting to receive their letter from Hogwarts. The doll has shaggy black hair, a lightning-bolt scar, and round glasses. He wears his school sweater and holds his wand in one hand.