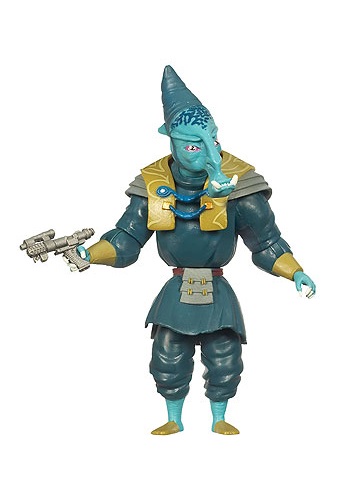 Includes & Highlights
Item #HA91230
Items Included
Product Highlights
Product Description
When his parents were naming him, they certainly chose the right one. Whorm Loathsom is one Kerkoiden who's cruel, mean and kind of a jerk. Obi-Wan used a little bit of subterfuge to reclaim Christophsis, but you don't have to be a Jedi Knight to play practical jokes on this Star Wars action figure of the character. This action figure is about as dense as the real thing, so it's just as satisfying when you lock him up in solitary, just like he was in the Clone Wars.