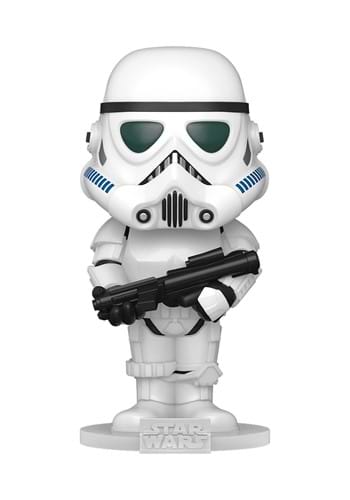 Are stormtroopers intimidating? It seems to depend on the situation. Sometimes, they’re depicted as deadly soldiers, and other times, they’re portrayed as weak-minded minions, easily influenced by the simplest of Jedi mind tricks.

No matter how you feel about stormtroopers, you can rest assured that this one won’t do anything sinister! Bring home a Stormtrooper Vinyl Soda Figure from Funko and add it to your Star Wars collection. If the Force is with you, you could even receive the chase version, which adds a metallic sheen to this classic character’s armor.