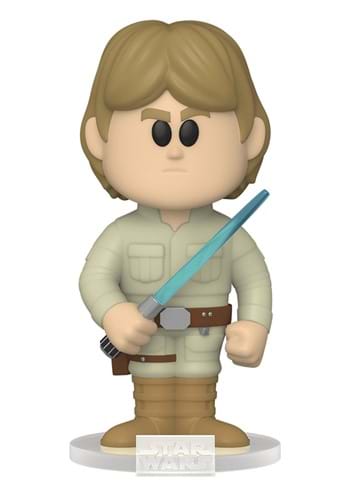 The Star of the Galaxy

The Star Wars universe has expanded rapidly since it first came into being. We’ve met a multitude of characters and explored dozens of planets through books, films, television series, and comics. However, let’s not forget the story that started it all and the original hero of the galaxy!

Add this Luke Skywalker Vinyl Soda Figure from Funko to your collection and celebrate the beginning of the Star Wars saga. Luke is holding his blue lightsaber, ready to defeat evil. And if you’re lucky enough to receive the chase version, you’ll see him clutching his missing hand, dismayed at learning that Darth Vader is indeed his father!