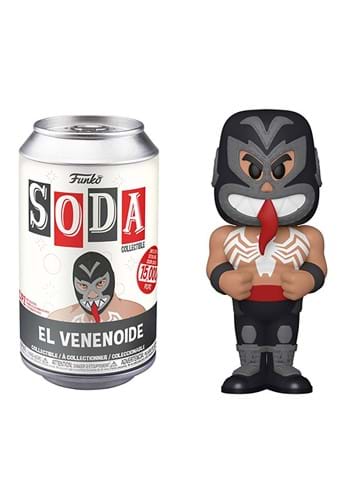 Venom has a lot of misplaced anger. Instead of wrecking up New York City and feeding his grudge against Spider-Man, maybe he just needs a slight change in career path. Maybe... he should join the wild word of Luchadores! This Vinyl SODA Luchadores Venom Figure reimagines the classic Marvel villain (and sometimes anti-hero) and transforms him into a spectacular wrestling star. It features adorable style, as you would expect from Funko, and it's made entirely out of vinyl material. You can pair him up with the other Luchadores series to have a giant ring rumble with Marvel characters!