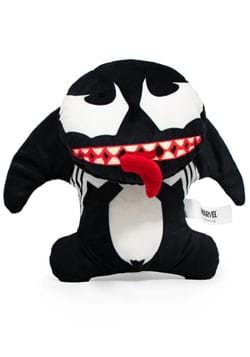 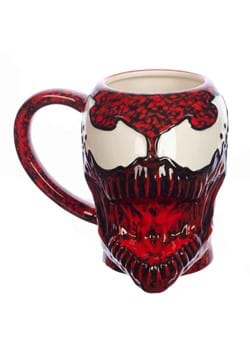 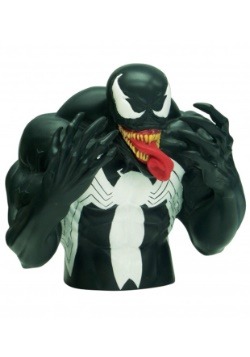 Hosting a symbiote has its share of complications. In the case of Eddie Brock, the Venom Symbiote made him a mad-man capable of committing terrible actions. When the same amorphous alien creature made its way to other Marvel heroes and villains, death and disaster followed—even with the Guardians of the Galaxy and Avengers. And yet, something about harnessing the symbiote’s powers is intriguing.

Instead of waiting for the nefarious Venom Symbiote to need a new host, however, we suggest grabbing a Venom gift for yourself or the Venom superfan in your life. Not only is a gift a safer way to bring Marvel’s liquid-form character home, it’s a lot of fun—especially when you shop with us! In our selection of Venom gifts, you’ll find something as unique as the Venom character itself for you and yours!

Want to give symbiote-hosting a shot? Grab a piece of Venom clothing. A Venom hoodie will have you looking like you’ve bonded with the symbiote while a Venom t-shirt puts the truly spooky character front and center. You’ll find accessories to compliment your Marvel villain apparel with us as well. Maybe you need a Venom hat to keep you cozy in the winter and cool in the summer or a pair of crew socks that are equal parts spooky and comfy. Or take your Venom transformation to the next level with a Venom costume. You’ll have everything you need to look like Eddie Brock, without risking the loss of your own senses!

Maybe leave the hosting to the comic book characters while still bringing the creeping alien home. Choose from statuettes of your favorite Venom incarnations and Funko Pop! figures that imagine what some of Marvel’s other well-known characters would be like if they bonded to the symbiote. Knowing the Venom Symbiote enhances the strength of its hosts and is capable of shape-shifting mimicry as well as invisibility, we’re not sure we’d want to see any of the available mash-ups in action, but we’re more than happy to see them with a cool altered look!

From an unnamed planet to Earth and beyond, Venom has left his mark on the Marvel universe. If you or a Marvel fan in your life is looking to expand and complete their collections, make sure Venom has his place! When you shop our selection of Venom gifts, you’ll find whatever you need to bring Venom home. Whether you want to be the sinister symbiote or want to keep it confined to a single host, there’s something in our selection. From apparel and accessories to collectibles, Venom can creep into your wardrobe and décor without disturbing the natural order this time!