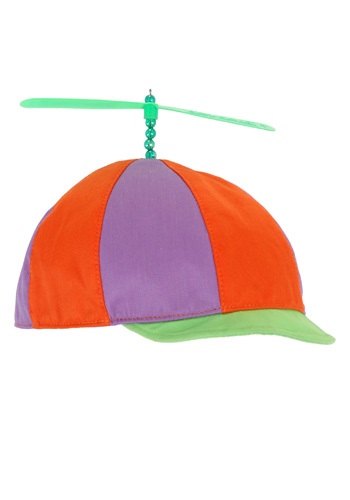 Tweedle Dee and Tweedle Dum are such an interesting set of twins. They’re not actually twins—but they do everything the same and say the same things, and somehow, over time, they became identical. Sounds pretty mysterious to us. But despite that, they can be a riot to be around. Tricky thing is, they might be suspicious of people they don’t know. But throw on this Tweedledee & Tweedledum hat and you’re sure to be welcomed into their endless fun.

Seriously. Have you ever seen one of their battles? With this hat on, now you can, up close and personal. Just watch out for that crow that’s bound to swoop in before they can ever get started.

This officially-licensed beanie hat has an attached working propeller for maximized fun. You won’t be able to fly away with it on, but you might be able to get the twins really interested in it as it spins round and round!

Just make sure you don’t get so involved in the fun of hanging out with these twins that you end up becoming one of them! It’s easier to fall into than you might think. Enjoy your time with them, but then spin your propeller and go on your way through your Wonderland adventure.