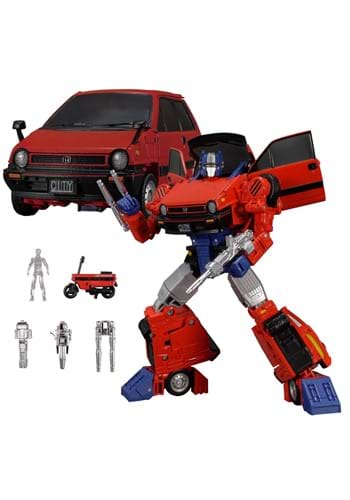 Time to hit the payment and roll with the Masterpiece MP-54 Reboost action figure. If his design looks familiar, it's because you have an excellent eye for cars. He was originally created to celebrate the 40th anniversary of the Honda City R. You want details? We got details. Masterpiece Reboost transforms into his signature Honda City R hatchback in 44 steps and features some pretty sweet details, including opening doors, hood, and engine detailing. In addition, his rear trunk can hold all five of his accessories which include a "Laser Gun," "Rocker Pod," and "Double Laser Gauntlet" (that last one just sounds super cool).