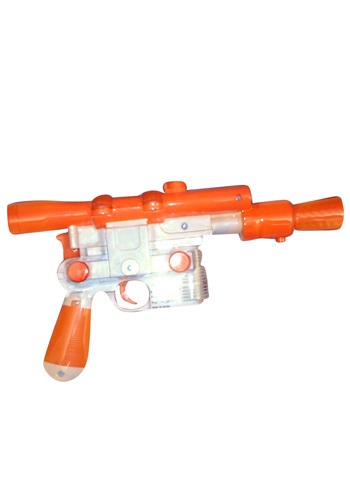 If we know one thing, we know all about how to invade the Death Star. No no, not attack the Death Star, you know, with X-Wings and a coordinated assault down a narrow trench. We mean an invasion, on foot, with, let’s say, a ragtag group of well-meaning (but somewhat bumbling) misfits.

And boy oh boy, trust us, when you’re invading the Death Star, the most important thing--other than a lack of a solid plan--is a good blaster. You don’t want one of those piddly E-11 blaster rifles that Stormtroopers use, those shoot all over the place. No, you need a real blaster. Our advice: take this Star Wars Toy Han Solo Blaster. This toy DL-44 heavy blaster pistol doesn’t miss the mark, and can pierce a Stormtrooper armor chest plate, no problem.

This toy blaster, with an orange and white colored barrel and trigger-activated realistic sounds, is perfect for any haphazard Empire super-base invasion. And hey, if Han Solo can do it, you can certainly take up his iconic blaster and do it too!