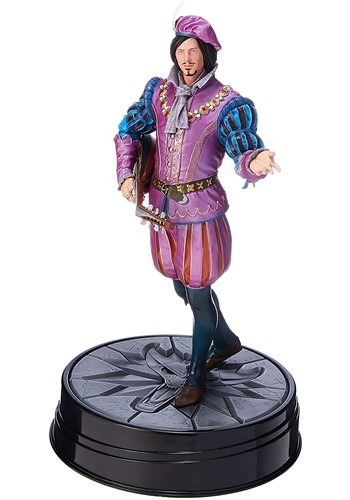 A Dandelion in Need

The miraculous Julian Alfred Pankratz, Viscount de Lettenhove, is known for many things. He became a professor in the seven liberal arts. He was a frequent companion to the infamous Witcher, Geralt of Rivia. And, if you ask around town, he's a bit of a troublemaker, too. But, it is now time for his grandest adventure... in the form of this officially licensed Witcher 3: Wild Hunt figure. (Plus, he's probably just hiding from a few boorish brothers, so give the guy an assist!)