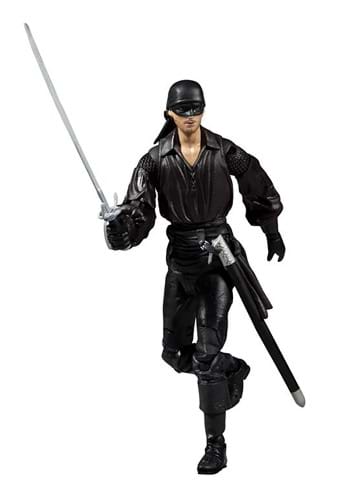 Death cannot stop true love. Neither can being pressed into service by the Dread Pirate Roberts, tracking down a crafty Sicilian kidnapper, threatened by a Spanish swordsman or an incredibly strong giant, being forced to flee through the Fire Swamp and battle an R.O.U.S., being tortured by Count Rugen in the Pit of Despair, storming a castle while unable to stand, and anything that comes in between! This officially licensed Westley Dread Pirate Roberts Figure will thrill Princess Bride fans with its authentic design and dashing appearance.