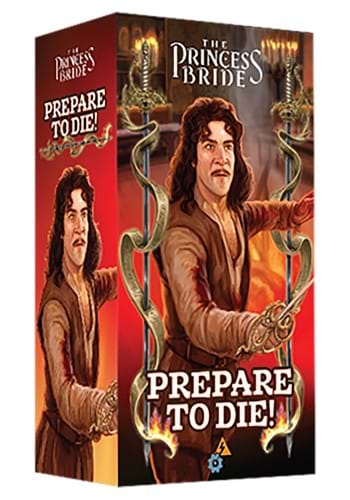 You Don't Happen to Have Six Fingers on your Right Hand?

As world-famous swordsman Inigo Montoya says, "There's not a lot of money in revenge." There is, however, plenty of excitement, adventure, and humor in seeking out the man who killed your father and making him pay! This officially licensed The Princess Bride Prepare to Die Party Game is about to become your new obsession! It's a battle to match the name of a vigilante vengeance-seeker with the best or the most hilarious reason for wanting vengeance. Don't play Vizzini, though - you should never go against a Sicilian!