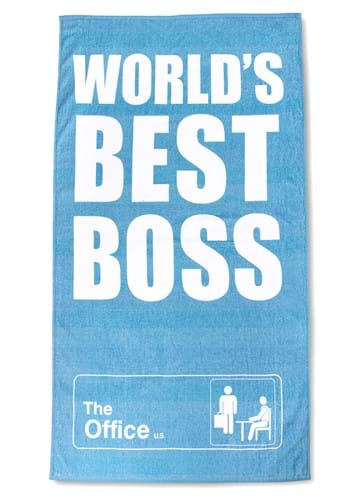 Ever fallen into a koi pond while attending an important business meeting? Michael Scott has... and we're pretty sure that he wished he had this World's Best Boss Throw Towel on hand when he did! A little pond water is nothing for this thing! The towel is officially licensed from The Office, also known as the greatest comedy series of all time. The towel is made out of ultra-soft cotton and is fade-resistant, so it should stay nice and clear after many uses! Get it for the Michael Scott in your life, or for yourself, if you just happen to be the world's greatest boss!