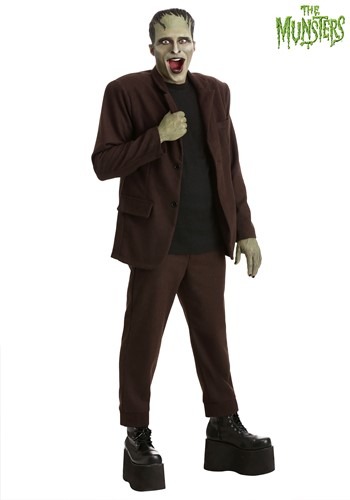 Herman Munster holds many titles. He's a caring father, a loving husband, and he just so happens to be a 7-foot tall monster created in a lab! Well, now you can add the title of monster to your repertoire when you dress up in this officially licensed Herman Munster Costume.

The Munsters Herman Munster Costume comes with everything you need to turn into the iconic character from the television series. The costume begins with a brown jacket and pants set, designed to give you a slightly monstrous appearance and the black shirt fits underneath to complete your outfit. Of course, the best part about this costume has to be the headpiece, which is molded into the shape of Herman's head. Put it all together and you'll be ready to be the caring, yet monstrous Munster from the show!