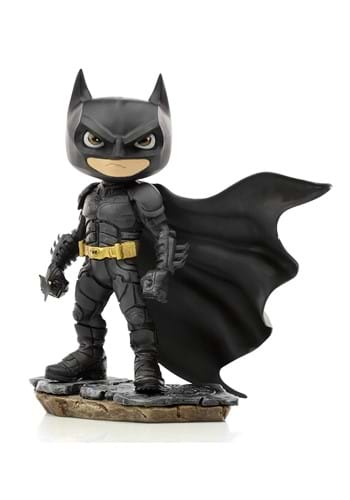 The Dark Knight puts the welfare of his city's residents before his own safety and even before his own honor. He takes the fall for something that's not his fault in order to keep the city from tearing itself apart. Very noble, but now people are realizing just how heroic he really is. He deserves a huge shoutout and maybe a national holiday. Batman Day! This officially licensed Batman MiniCo Statue from the Dark Knight is a step in the right direction - it commemorates the famous bat-caped superhero at his most heroic.