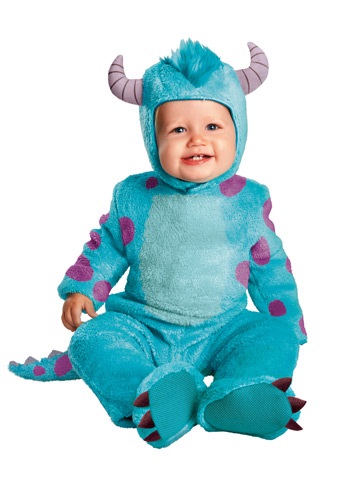 Success can be hard to come by when you are a little baby but when you're the best monster, you can't help but win!

James P. Sullivan, he's the number one scarer in Monsters Inc but it hasn't always been that way. He had to work hard! For instance, when he was in college he was studying away in a fraternity called Oozma Kappa (a perfect name for a spooky frat if you ask us). No, this fraternity wasn't simply for the bulkiest, scariest monsters out there. This fraternity was for the fringe monsters on campus: the odd, the goofy, and the little bit awkward. Hmm, those frat monsters could have worked right here!

Sulley fit in quite perfectly, just think about it. He's got some wild, electric blue fur with bright purple dots and goofy horns. Long story short, he's not the stuff of nightmares. Sulley works hard, though. He starts at the bottom, working his way up with all the roars and studying he can muster. He still doesn't become that scary but maybe that's because he's simply not that bad at heart.

Your little one might not be that scary either but he'll still be a hit when he's wearing this costume. The jumpsuit has hook and eye touch strips up the back. It has a purple spotted tail and spotted sleeves that match the little hood with purple horns and a furry mohawk. Your little one will even have monster feet with purple claws for a scary adorable look!