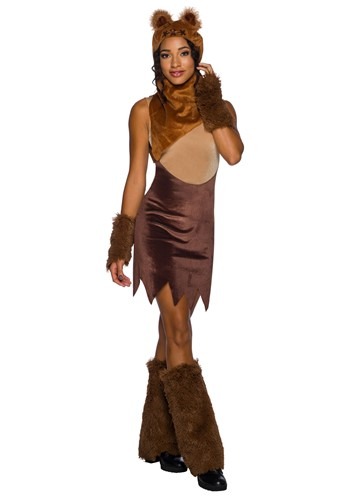 When we think of moons, we naturally have a pretty limited scope of what is out there. Our is a desolate one. Sure, it looks pretty from Earth, when we glance up and see that reflecting light... a lovely ivory disk with numerous mysterious places like the Sea of Serenity and the Kepler Crater. Well, those glorious lunar maria are actually just dead zones of basalt rock formed from ancient volcanos that made the lack of atmosphere even worse to enjoy!

Our moon is instantly put to shame by the magnificent wonder that is the moon of Endor. Here's a place that is covered in dense woodlands and tall mountains, rich grassy plains, fresh air, clean water, and (best of all) the Ewoks. The moon is so fantastic that it's given the exact same name as the planet that it orbits. Can you even imagine calling our moon "Also Earth?" The only place we could get close to Endor's beauty was amidst State Park redwoods in California!

If the thought of this luxurious world is too much to bear, it's time to get as close as you possibly can with this Ewok Dress costume. This officially licensed costume includes a brown and tan dress with a jagged hemline and faux fur arm bands and legwarmers that help to replicate the fuzzy look of the Ewok in their tribal warrior attire. The hood is fuzzy as well and features two ears and faux Ewok hair to complete the look. All you need to bring is the fun (and maybe a couple Yub Nub quotes).

A Forest in Space

Become part of the best place in space when you don this Ewok costume. Not only do you get to be the most lovable bear-like species in all of the Star Wars universe, but you get to call Endor your home! The only thing better would be if you were a Force-sensitive Shaman, too!