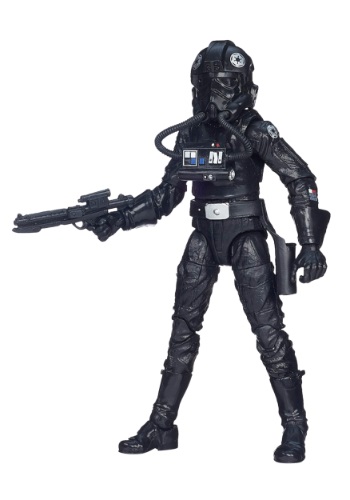 Information
Sold Out
Items Out Of Stock
Includes & Highlights
Item #EEA6521
Items Included
Product Highlights
Product Description
Life must be a little scary when you're a TIE fighter pilot. Average life expectancy just has to be pretty low if we're going by what we've seen on the big screen. Those things were always getting blown up! And it's kind of a shame because the Imperial TIE pilot is one of the coolest looking soldiers in the Empire's arsenal. Imposing and mysterious, this 6" figure from the Hasbro Star Wars Black line captures the iconic movie look and is perfect for collecting and display.