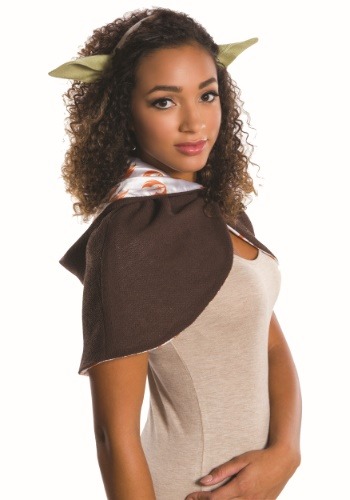 Very little is actually known about Yoda, probably the greatest Jedi Master that we’ll have the luxury of ever knowing.  In fact, none that we’ve come across even know what species he is or where he came from!  We thought for a while that Dagobah was his home planet, but turns out that it is just a decent place to relax for a while when your entire order is destroyed by someone you thought might bring balance to the Force.

Poor guy did his best to keep his ears to the ground, though, so at least he knew where to be when it would come time to try to put a stop to the Empire’s wicked goals and bring some new hope back into the galaxy.  You can learn the same sorts of lessons that Yoda did, too, so long as you can get in touch with some of his senses.  We know that since you probably don’t even know what kind of creature Yoda is that you are missing a few steps to that end, but we can help out with these officially licensed Star Wars adult Yoda Headband.  These soft-sculpted fabric ears will give you just what you need to look the part and prepare for that better future that is on the way.