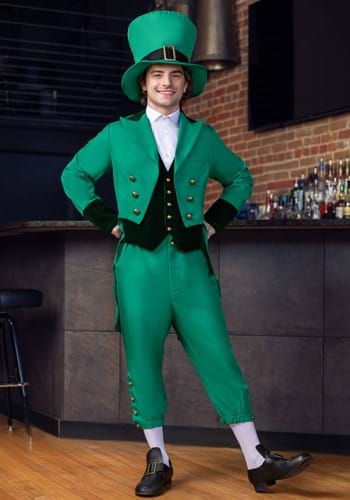 WE DEMAND THE LUCK OF THE IRISH!

If you're sitting at a computer right now or scrolling through your phone, there's a really good chance that you've played a video game recently or at least could be booting one up with the press of a button.  And, if you've played anything in recent years, you probably know about a tragic curse that has befallen virtually every game player out there for the last decade.  We're talking about the worst set of villains ever:  the RNG Gods!

Anyone knows that the thing we can depend on least in the whole universe is the random number generator.  Oh!  Why has RNGesus forsaken us?  What can we do!?  Well, unless you were born with a pretty fantastic passive luck score in real life, there's only a couple options.  You can either get a unicorn to bless you, catch a falling star (without getting caught on fire), or nab yourself a leprechaun!

Since all three of those are just about impossible and you're probably going to get punched in March for a serious lack of green in your wardrobe, we've got a solution that fixes all your problems in one fell swoop.  Hop your way into this St. Patty's Leprechaun Men's Costume and feel the luck of the Irish fill your soul!  This green poplin tailcoat jacket features practically divine detailing including a velvet collar, a dark velvet vest, bright knee pants, and don't forget the foam top hat to finish the look!

WHO NEEDS THE RAINBOW WHEN YOU'VE GOT THE GOODS!?

Legend says it is virtually impossible to catch a leprechaun because they are so quick-witted and even quicker on their feet.  But, nobody said that you couldn't trick fate altogether and just become a leprechaun to win your way to luck!  Just watch out.  You might get tackled by some desperate gamers who're still waiting for an item drop!