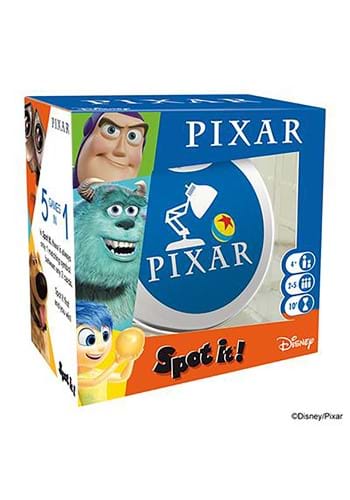 Are you a mega fan of the incredible animated films produced by Pixar? Have you gotten worried for Nemo, laughed yourself into stitches over Mater, and cried at the beginning of Up, the middle of Inside Out, and the end of Toy Story Three? If you know the films so well that their characters are like old friends, test your knowledge and your observational skills with this officially licensed Spot It: Pixar Card Game! The first person to recognize the identical Pixar image between two cards wins the hand, but every player will have fun!