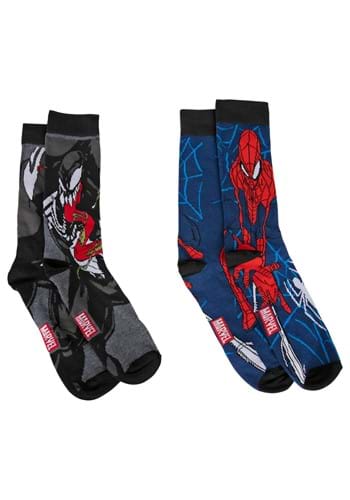 An Epic Showdown in Your Shoes

Uh oh - looks like Venom has found himself a new host! He's hiding in your footwear, regrouping before his final attempt to take down New York's favorite superhero. It appears that Spiderman is on to him, though. The friendly webcrawler has concealed himself nearby and is preparing to get rid of Venom forever! This officially licensed Men's 2 Pack Spider-Man & Venom Casual Crew Socks will remind you of one of the greatest battles of all time whenever you pull them on. Be the hero or the villain: You'll look great either way!