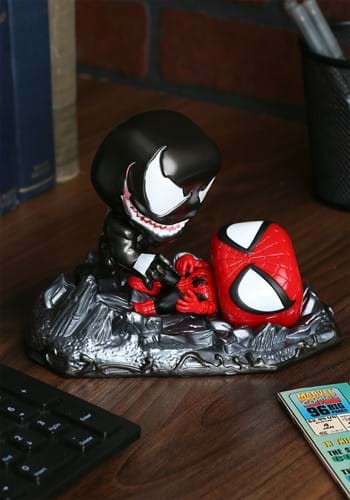 Can't these two ever get along? Ever since Venom found his way onto the page of Spider-Man comics, it seems like he and Spidey just can't seem to play nice. Even in toy form, these two comic book characters are fighting! This Pop! Marvel Spider-Man vs Venom Comic Moment is a Funko figure that features Spidey and Venom. They're, once again, locked in a deadly battle. (Can someone get Carnage involved so these two can finally get past their differences to face off against a greater evil?)