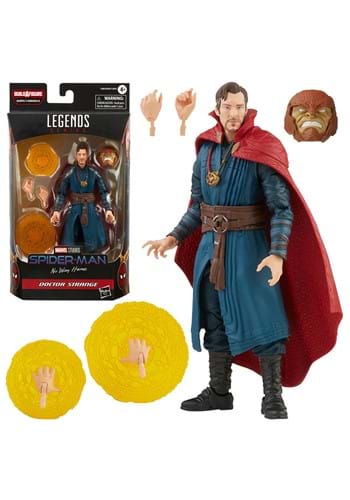 The Master of Mystic Arts

Doctor Strange is quite the talented wizard. As the Sorceror Supreme, he's fighting interdimensional invaders, like Dormammu, or protecting Infinity Stones from villains like Thanos. A simple spell to alter the fabric of reality should be pretty easy for him, but in Spider-Man: No Way Home, he's got his work cut out for him! He's also got his work cut out for him if he wants to join your collection!

This Marvel Legends Doctor Strange Action Figure is officially licensed from the Spider-Man: No Way Home movie. It's part of the iconic Legends series and perfectly captures Doctor Strange from the MCU. The figure has plenty of intricate details, including texturing on his clothes and a realistic sculpt for his face. The figure also features interchangeable hands and tons of points of articulation, so you can customize the way he looks. He's an amazing addition to any Marvel collection!