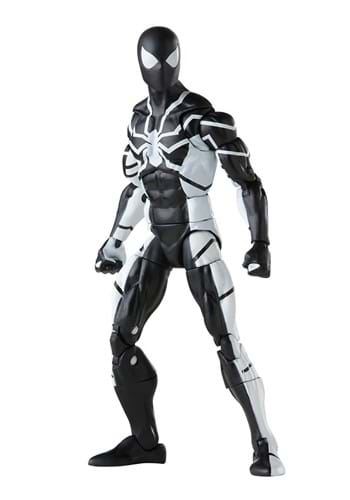 The Future Foundation was an idea created by Reed Richards and his daughter Valeria Richards. Together they are the most intelligent people on the planet, even though Valeria is on pace to have a much greater intellect than her father. There was a time when Spider-Man found himself a member of the team. If you like Spidey's new look with the FF, you should check out this Marvel Legends Future Foundation Spider-Man Action Figure.

Okay, so the Future Foundation's mission was to solve everything. Yes, everything. A pretty lofty goal, but definitely within their vast abilities. Some forget that Spider-Man is a genius, so he fits right in with the foundation. We also have the benefit of seeing Spider-Man's new fit. If you are also a fan of the black and white or simply love yourself some Marvel Comics, you need to get your hands on this Marvel Legends Future Foundation Spider-Man Action Figure.