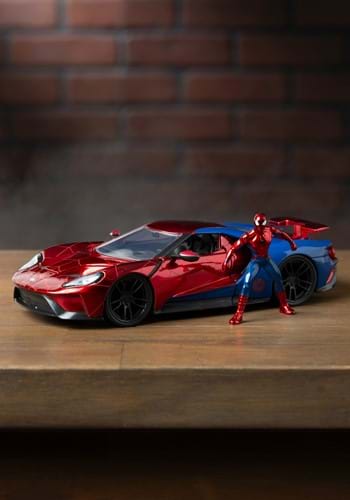 Sure Spidey can swing around the city, but sometimes he just wants to drive! We imagine he drives something a little like the red and blue Ford GT featured in this Ford GT and Spider-Man 1:24 Die-Cast Vehicle w/ Figure. The metal die-cast vehicle and figure are officially licensed and feature a 2017 Ford GT along with everyone's friendly neighborhood Spider-Man (though we're guessing a high school kid like Peter Parker might not be able to afford such a snazzy ride!). Just watch out for New York traffic!