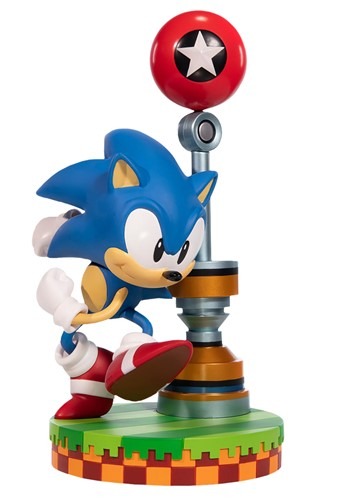 Who would have thought that when Earthlings first met an alien, it would be a super-speedy blue hedgehog? We were all prepared for an attack of green Martians, but we definitely weren't prepared for the alien "invasion" to be so...cool. The only thing we have to fear from him is that he'll break all of our speed records, but that's just fine. Fast is what he does best! Celebrate the beloved game and film character with this officially licensed Sonic the Hedgehog True Form 11" PVC Statue!