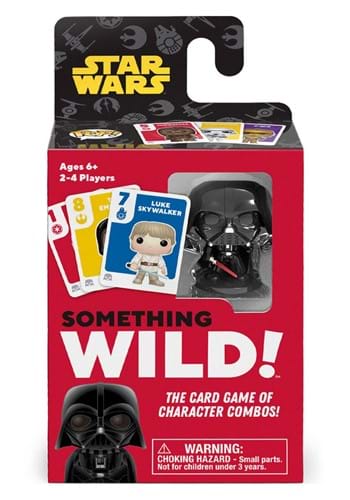 The Force Is Strong with This Game

We know he's mostly evil, but sometimes we wish we were as cool as Darth Vader. Besides an incredibly impressive speaking voice, he's a master at lightsaber dueling, throwing things via telekenesis, and ending boring meetings by choking irritating coworkers (although of course we'd never do that last one.) If you want to try being Darth Vader for a while - or other fantastic Star Wars characters - play this officially licensed Funko Something Wild: Star Wars - Darth Vader Card Game! Control Darth Vader's figurine and use your special powers!