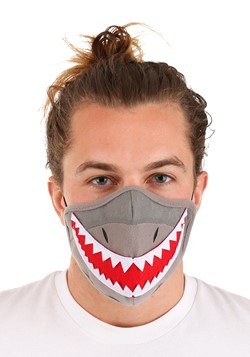 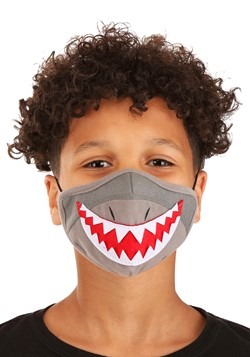 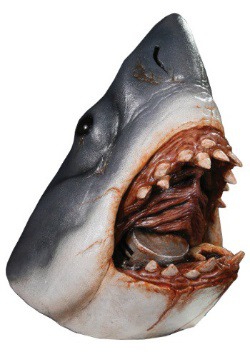 Let's talk sharks for a minute. We all seem to think they're nothing but vicious monsters who roam the ocean waters, looking for their victims. After all, everyone knows about Jaws. One little movie made everyone afraid of the sharp-toothed sea creatures, but sharks are so much more than just freaky deep-sea predators. Some of them just cruise through the sea eating plankton, so not all of them are the blood-crazed hunters that the Steven Spielberg movie depicts. Well, our shark costumes explore the various sides of sharks, some of which are downright cuddly (not that we'd ever recommend trying to cuddle with a real-life shark, mind you).

So, what sorts of shark costumes can you find here? That's quite simple... all of them! Our collection of costumes based on the critters really include a wide variety of different things. First off, we have a ton of adult shark costumes, which come in different styles, including comfy jumpsuit styles. Of course, most of them feature a prominent dorsal fin and some fake teeth to give you that classic shark kind of look. You can also find those same sorts of costumes in child and plus sizes, so anyone can be the kind of shark that they've always dreamed of being!

We definitely had to represent Baby Shark. It started as just a simple song on the web. Then, kids across the world became obsessed with it. Then... adults across the world became obsessed with it. Now, it's a worldwide phenomenon, so we made sure to get all of the best costumes based on it. We have classic Baby Shark costumes, Daddy Shark costumes, Mommy Shark costumes, and just about everything in between. Many of them are fully licensed from the music video, so you can totally recreate your favorite dance moves while wearing one of the costumes.

What about the people who want to celebrate their sharp-toothed fish friends, but they don't want to get into a full costume? Well, we have some great shark costume accessories that will work great for them! We have some shark hats that you can place on your head to instantly become a fish. We also have some other more subtle styles, including things like shark costume apparel, shark costumes for dogs, and plenty more cool styles. It really does round out our whole shark costume section, making it an easy one-stop shark shop (say that ten times fast).

If you're looking for an easy way to transform into a shark, then our selection of shark costumes gives you plenty of options! If you just want to start giving sharks a better name, then these cuddly costumes are a quick and easy opportunity to spread some love for sharks in the world.