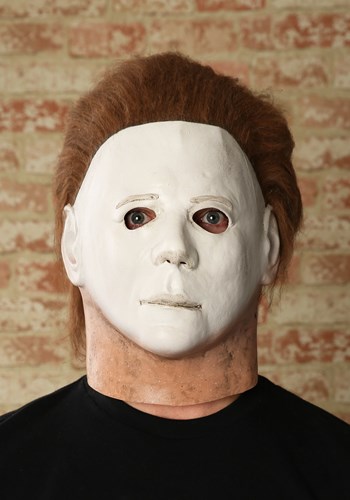 I met him...15 years ago, I was told there was nothing left; no reason, no conscience, no understanding, and even the most rudimentary sense of life or death, of good or evil...right or wrong. I met this...six year old child with this blank, pale, emotionless face, and... the blackest eyes...the devil's eyes. I spent eight years trying to reach him, and then another seven trying to keep him locked up because I realized that what was living behind that boy's eyes was purely and simply...evil.

Movies have given us a lot of creepy monsters over the years. We’ve had mysterious aliens with acid for blood, an overcooked dream demon capable of shredding you in your sleep, and even an evil, possessed child’s toy. Why then does Michael Meyers, who as strong and durable as he was was still only a man at the end of the day, persist as one of movie history’s creepiest killers? It’s because he’s so real. There are really guys like that out there, undeterred by conscience, pain, or punishment, motivated only by a ghoulish desire to take lives as gruesomely as they can.

This is a replica of the mask that Michael Meyers wore in the classic Halloween movies. It’s the perfect thing to wear if you need to make a good first impression or stalk a very young Jamie Lee Curtis. (Fun fact: The mask worn in Halloween was actually a recycled Captain Kirk mask from Star Trek! We can’t imagine two more different guys.)