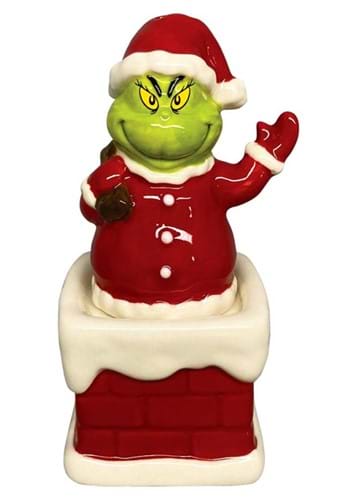 Holiday dinner might be something you look forward to every year but that doesn't mean it's always a scene straight out of a Norman Rockwell painting. Every year, there seem to be a few subjects to tiptoe around. And every year someone seems to get out their big band drum and march all over that subject as if it was their job. Now, wouldn't it be nice to have a subtle way of telling that person that they were being a Grinch without stirring up more trouble? Now you can with this salt and pepper set. Simply hand over this Grinch head for a thoughtful interruption to bring uncle Jerry off his spiked egg nog-induced high horse. After all, the only thing that should get salty during the holiday is the mashed potatoes!