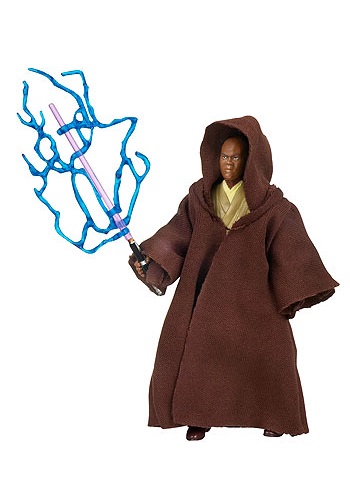 Includes & Highlights
Item #HA89036
Items Included
Product Highlights
Product Description
Mace Windu was perhaps the most elite swordsman in the Jedi order. His skills were so advanced that he created his own style of battle, a lethal style so advanced he was the only Jedi to master it. His ferocity in combat allowed him to overcome the force lightning attacks of the newly revealed Darth Sidious when he confronted Sidious in his Chambers. Had it not been for the intervention of Anakin, he may have defeated the evil Sith and prevented the rise of the Empire. Play out the Revenge of the Sith scenes with this great figure!