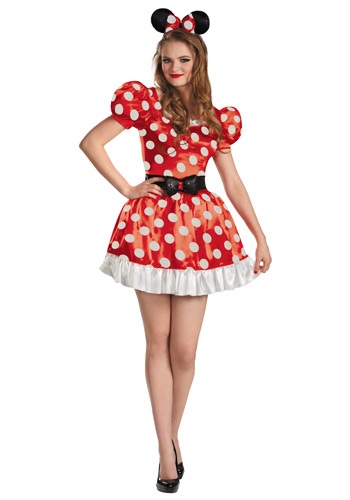 Who's the classiest character in Disney history? Well, that's actually a pretty hard question. How do you define the word classy? We think, to be a classy cartoon character you'd have to be well dressed and act with grace. Also, this is crazy, we know but let's exclude the Disney princesses. The competition between Disney royalty is too fraught with controversy.

Some could say that the dog, Lady is pretty classy. She holds herself with grace, she's loyal to her owners. However, we don't want to judge but she ate leftover spaghetti in an alley. Yes, there was a tablecloth and a candle on that crate but it disqualifies her from the title of most classy. There are other candidates. Nala carries herself well and we can't forget that little Hungarian mouse from The Rescuers, Bianca. But, if we're being real there's a definite shoe-in for the top dog (er, mouse) in the Disney class game. It's Minnie, of course!

She's been around since the very beginning and she's always had game. We've always thought her polka dot look was chic but this outfit is taking it to the next level! It has ruffles along the square collar, the Disney perfect puffed sleeves, and a super cute full skirt. The fabric is satiny and the polka dots are sparkly so when you're ready to hit the bright lights of Disney World, you'll be ready. Top it all off with the classic bow and you'll make it official. Who's the classiest Disney character? Well, oh my, it's you!