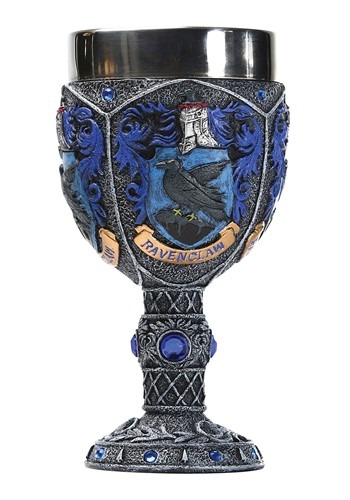 Ravenclaw on the Rocks

If we were bartenders in the magical world, we'd invent a drink called "The Ravenclaw" because it sounds pretty cool. It would be cold and tasty and it would make you smarter and wittier. And it would be served in this Ravenclaw Decorative Goblet, obviously. We're still waiting on our letter from Hogwarts, but it never hurts to dream!