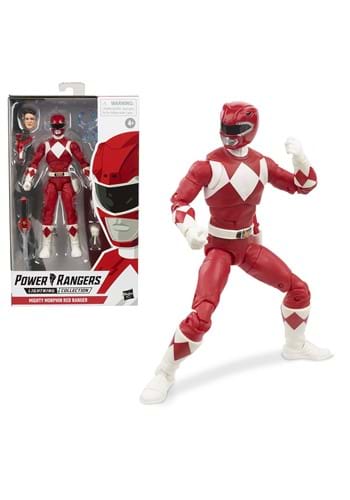 Red Rangers are typically leaders of their team, with a few exceptions here and there. This connotation is all thanks to the original Red Ranger of the Mighty Morphin Power Rangers. Power Rangers Mighty Morphin Red Ranger Action Figure comes ready to command with a removable helmet to replace with the head of Jason Lee Scott. The figure is highly posable with multiple articulation points, and features a second set of hands as well as weapons to showcase this Ranger's skill in combat. No matter how dangerous the foe, this Ranger is sure to put up a fight!