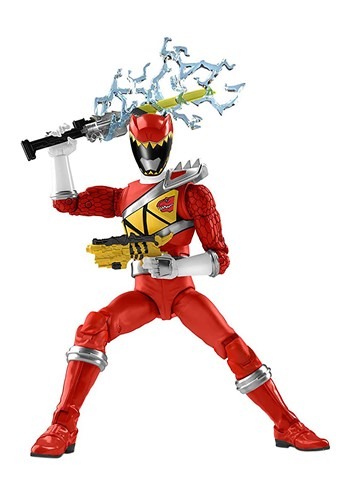 Tyler Navarro has a pretty neat origin story... His powers come from Energem crystals that were guarded by prehistoric dinosaurs! Now you can take home the leader of the Dino Charge Rangers with this Power Rangers Lightning Collection Red Ranger 6-inch Action Figure. The officially licensed action figure comes with two heads that can be swapped, one with the helmet and one with Tyler's face, along with his sword, blaster and power surge accessory. The Red Ranger is ready to protect earth from any threat!