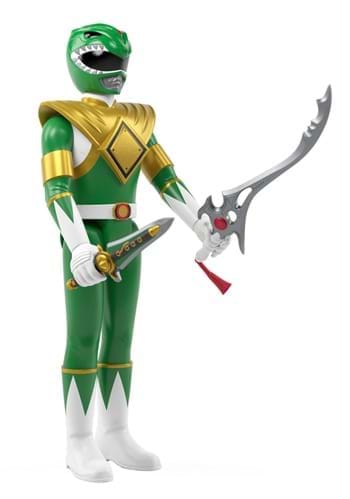 It's never too late to change your ways! Tommy Oliver started out as a baddie, trying to defeat the Power Rangers. But it just wasn't in his heart to fight for evil, so he decided to use his sweet Dragon Zord to thwomp some of Rita Repulsa's monsters with the rest of the crew. He even became the leader of the team! The point is, it's never too late to follow the path of the good... and this Mighty Morphin Power Rangers Green Ranger ReAction Figure is ready to change his ways and join your collection! The figure has 5 points of articulation and is inspired by retro action figures from the 70s and 80s. The figure also comes with toy weapons, which fit into his hands. He can lead your team of figures to victory!