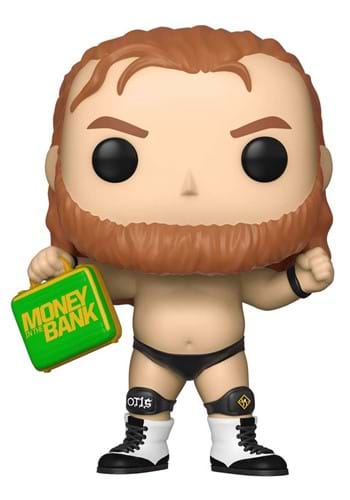 Would you love to be so good at professional wrestling that you qualify for the chance to win a world championship contract? Hey, us too, but until we can master the Falling Powerslam or the Dozer Bomb, we'll leave it to the masters. This officially licensed Funko POP WWE: Otis Money in the Bank Vinyl Figure is perfect for fans of the professional wrestling world. It depicts Otis in his wrestling gear holding the Money in the Bank briefcase. Better not tell him about The Miz!