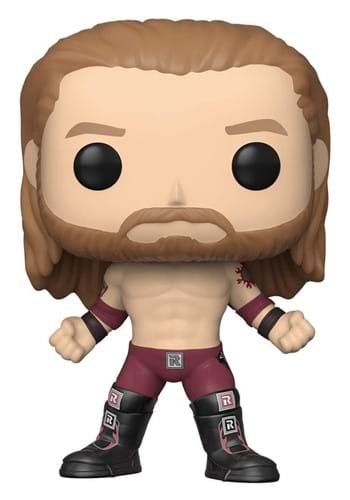 The wrestlers with the best-named finishing moves win before they even start. Take Edge's "The Spear" for example: How awesome does that move sound? Even if you didn't know that it was a body-slam that could be done even from a 20-foot ladder, the name alone would scare you. If the R-Rated Superstar is one of your favorite WWE fighters, you'll definitely want to check out this officially licensed Funko POP! WWE: Edge Vinyl Figure! This collectible depicts Edge in his signature crimson pants with his famous fists ready to go.