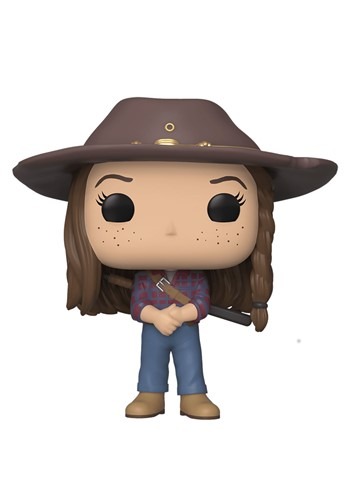 Not a baby anymore

So, Judith Grimes has been on The Walking Dead since she was born in season 3. But, a few seasons later, and thanks to the series flash forwarding a few years, she's now a zombie stomping 10 year old! Commemorate the last member of the Grimes family featured on the show with this Pop! Walking Dead Judith Vinyl Figure.