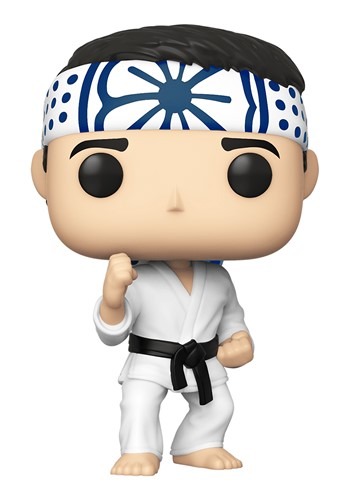 They can't stay kids forever. Daniel LaRusso is all grown up and now he's much more than just a scrappy kid learning karate from Mr. Miyagi! He's a successful business owner, he's got a family, and wouldn't you know it, he even has his own Funko Pop! Vinyl Figure! This Pop TV: Cobra Kai Daniel LaRusso figure is a collectible version of Danny's character from the hit TV series. He's even donning his classic Miyagi gi.