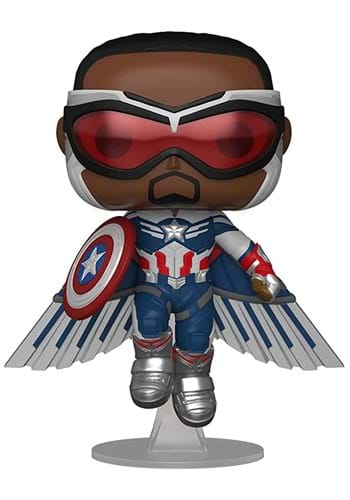 Look! In the air!

He’s a bird! He’s a blip! He’s Captain America! Soar into Sam Wilson’s story with this POP Marvel: The Falcon and Winter Soldier – Captain America (WMT) Vinyl Figure! After a years-long stint as The Falcon, followed by his unfortunate, though temporary, dusting, Sam is ready to take up the shield as Steve Rogers intended. Mounted on a clear base and posed in flight, this officially licensed collectible is a must-have for any fan!