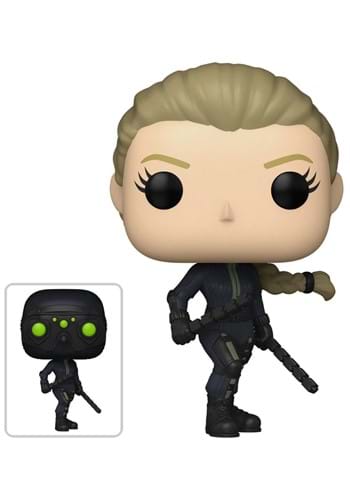 Add some hot sauce to your collection with this POP Television: Marvel - Hawkeye: Yelena figure. Everyone knows Yelena is both the baddest character and the comic relief--talk about a power player. Fans love Yelena as much as Yelena loves hot sauce. This figure may not come with sriracha and mac and cheese, but she is armed and ready for some serious stunts. A base keeps her still wherever she's needed, and her head, complete with her long braid, bobs. Random customers may get a CHASE variant instead, which features night-vision Yelena in full spy gear. These officially licensed figures have all the details that make them unmistakable.