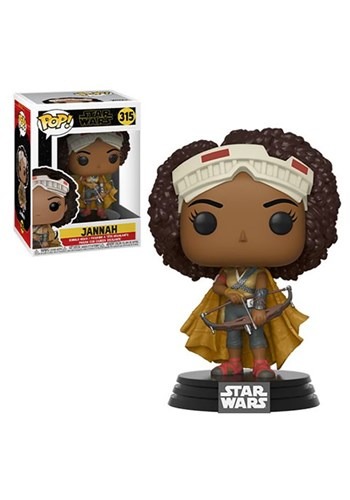 The Amazon of the Ocean

Some folks would say that confronting droids and Dark Side Force users with bows and arrows would be a bad idea. Those folks haven't met Jannah. She has mastered the sniper shot of the energy bow and rides an Orbak like nobody. Who needs to worry about a little thing like blaster fire!? Celebrate Episode IX with this officially licensed POP! Star Wars: The Rise of Skywalker - Jannah Bobblehead Figure, our new favorite freedom fighter!