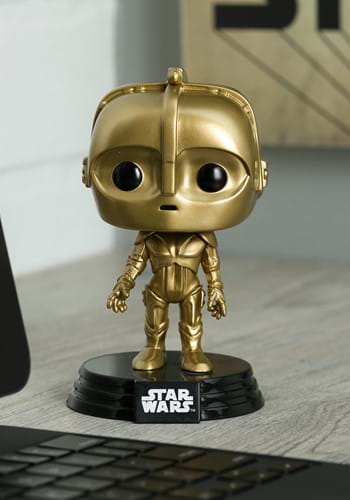 Decades ago, C-3PO made his first appearance on the silver screen. He was one of the very first characters we meet in the Star Wars saga. His shimmering gold exterior has been imprinted on our minds! But that iconic character took plenty of planning and was nothing more than a simple idea before he made it into the movie. This Pop Star Wars: Concept Series C-3PO Figure is based on the concept art of C-3PO during his ideation stages. The figure brings the classic Funko style to the table in a bobblehead vinyl figure that's an important part of any Star Wars collection.