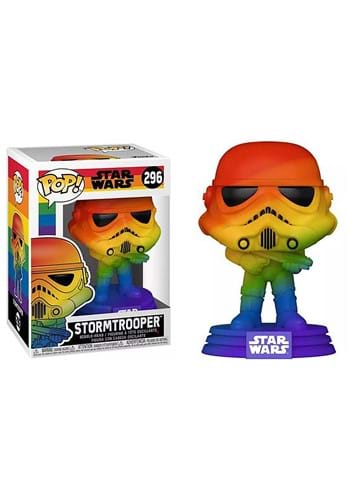 Storm troopers are famous for blending in. But why not stand out instead? This Funko POP Star Wars: Pride Stormtrooper vinyl figure is out and proud and ready to be seen in a crowd. Funko has combined a sci-fi classic with an updated ombre rainbow look perfect for the 21st-century fan. The stormtrooper's head bobbles and the figure stands on a base, which means there's never a risk of tipping and chipping. A closer look reveals Funko's famous attention to detail; the trooper holds a standard-issue blaster, his helmet is painted to show lenses and vents, and his armor is plated just like the real thing.