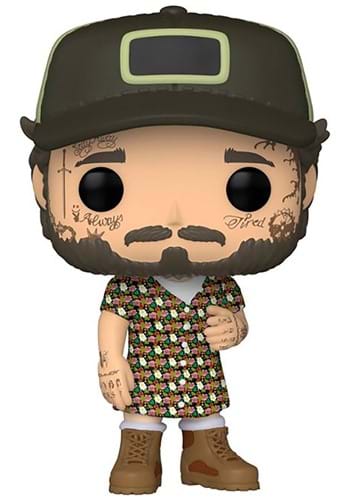 Post Malone has always marched to the sound of his own drum. When he hit the scene, the music industry pigeonholed him into a role of a hip-hop artist. Even today, most of his success has come from rapping, but he can play the crooner role when he has to. Here you can see Posty rocking an outfit to pay tribute to the legendary frontman of Nirvana, Kurt Cobain. So not only is he a great artist, he respects the greats. If you love Post Malone as much as we do, you have to pick up a Funko POP Rocks: Post Malone Sundress Vinyl Figure.