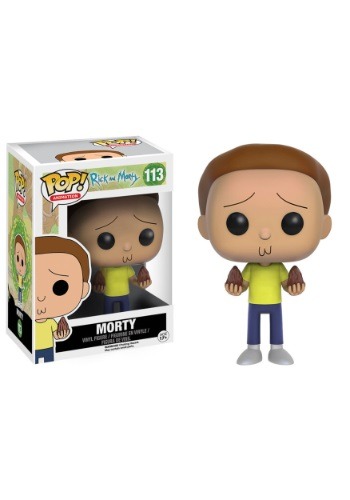 Rick’s life is… interesting, to say the least. He’s a narcissistic scientist with the IQ Albert Einstein and the moral bankruptcy of a shady back alley poker game. That’s all fine and good for him, but it means that Morty, his unsuspecting grandson, gets dragged along for the ride on all of his capers and misadventures. What the young dude could really use is a break from all the craziness. Yeah, he could use a nice, relaxing day next to your computer.

Now, it’s time for you to give Morty the peace he deserves. Of course, we’re not talking about the real Morty, since he’s a cartoon character and you’d have to be a tad daft to think that the Justin Roiland character is a real person. No, we’re talking about this POP Rick and Morty vinyl figure, which depicts the adorable little guy in full Funko fashion. He’s holding on to a couple of Mega Fruits, since you never know when you might need to have a few Mega Seeds. Just don’t make this little dude try to smuggle them prison-style.