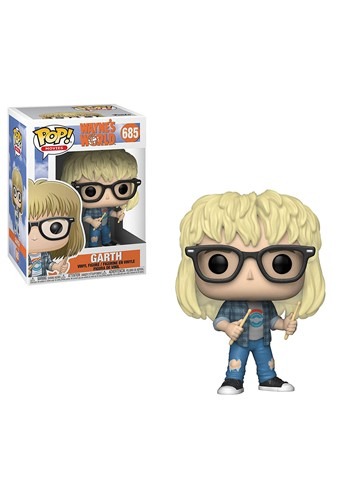 Wayne's World was one of the highest grossing movies in 1992 and is still an American comedy classic today. Because of that fact, we are not worthy of this POP! Garth Vinyl Figure, but still, he would happily sit on your desk or with your other collectables (perhaps next to POP! Wayne himself). We know your thinking, in true Wayne's World fashion, "It will be mine, oh yes. It will be mine," about our mulleted, glasses-clad, and drumstick wielding POP! Garth Figure.