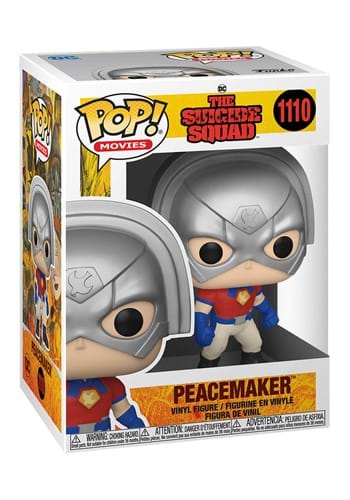 Peace at Any Cost

Peacemaker is all about peace. He'll do anything to get it. Anything. He'll even use some barbaric tactics to get it! He'll go to war, he'll turn on his teammates, and he'll even use unbridled force to get it! He's not usually a team player, but he's joined up with the Suicide Squad to take down some dangerous villains... and now, he's ready to join your collection too! This Funko POP! Suicide Squad Peacemaker Figure is inspired by the character from the DC Universe film. He stands just over 4 inches tall and he's wearing his homemade superhero outfit. He'll help create "peace" in your own collection!